Where Are They Now?

After leaving Cedars, I took a gap year where I worked my way up to be an Assistant Manager in a pub/restaurant. That summer, I went to the USA to work in a camp called Frost Valley, situated in the Catskill Mountains in upstate New York. I loved it so much I returned the next year! After my gap year I started a BSc Psychology degree at the University of Leicester. I've just started my third year and am really enjoying it. I hope to carry on my studies after I graduate and do a Masters in Child and Adolescent Clinical Psychology, followed by a doctorate!
Laura Cotton, 2008 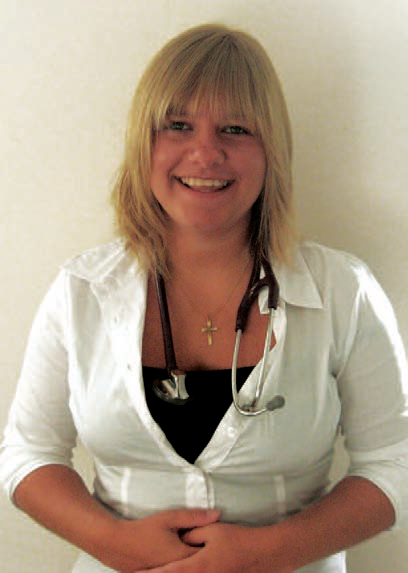 I am currently in my 3rd year at Keele Medical School. Having successfully completed the first two years of basic clinical sciences, I am now out on the wards in my clinical years. I am finding my psychiatry placement very rewarding, taking histories from patients, along with basic clinical skills such as blood-taking and cannulation. I am really looking forward to my next rotation in surgery where I am expected to scrub in and assist in surgical procedures. I am involved in many outside activities, one of which is my role as a Community First Responder where I attend 999 calls for West Midlands Ambulance Service.
Daisy Clark, 2009

After leaving Cedars, I packed my bags and headed to America on a sports scholarship. I will be finishing my 4 year Maths degree next May and after that will go wherever a job takes me. Going to university in America has been a fantastic experience for me and adds diversity to my CV. Also being an athlete means I am involved with the community doing various community service projects and get to travel to lots of different places to compete.
Emilia Osborne, 2009 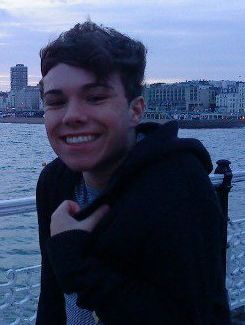 I'm in my final year at Sussex University studying Sociology and Cultural Studies BA. I've made such a range of friends and there's always something to do here. Brighton is an amazing place to live with so much more to do than Milton Keynes/Leighton Buzzard. I've also worked in two offices over the holidays and I promote for one of the clubs here during the term time. So far university has been an amazing experience which I really don't want to end!
Tom Porter, 2009

I left school after sixth form and worked my way up in retail to become a store manager. Although a position I thoroughly enjoyed, I feel ready to move onto the next challenge. I will soon be relocating to Hanoi, Vietnam to train to become an English teacher, something I'm as equally petrified about as I am excited.
Gemma Popplestone, 2003

I left Cedars and went straight to University in North Wales to study English. I’m now training in radiography and will be fully qualified soon.
Patricia Howes, 2004

I went to Manchester for university to study marketing. I now work for the marketing department of Nike, spending all day talking about football. My time at Cedars helped me to prepare for life after Sixth Form, something I will always be grateful for.
Ben Taylor, 2003

I left Cedars in 2007 with A Levels in French, Spanish and Biology, to go to Newcastle University where I completed a degree in Modern Languages and Linguistics. It was a 4 year degree and I spent my 3rd year abroad, teaching English in Paris for 7 months and then on a work placement in Alicante for the rest of the year. It was an amazing experience and has given me a real taste for travel and adventure! I completed my 4th year of university last year and graduated this summer with a 1st class BA with honours, before going travelling to South-East Asia for 5 weeks. I'm now back at Newcastle University doing a Masters in Translation with the aim of setting up my own translation business in the future. During these last four years, I have also been involved with lots of hockey events, volunteered in local schools, starting learning Italian, Catalan, a little bit of Chinese and most recently German, and above all, had a lot of fun!
Sarah Collings, 2007

I have just started my second year studying Childhood, Youth and Education Studies at the University of Bath. I had a brilliant first year and have really enjoyed the psychology aspect of the course which I feel was helped by the knowledge I gained from A-Level Psychology at Cedars Sixth Form.
Ruth Collings, 2009

I passed the old eleven-plus and started at The Cedars in 1949 - probably even before some of your grandparents were born - when the school and school life generally were very different from today. We were still recovering from the war and we were perhaps restoring the damaged rather than initiating the new, though exceptions were the 1944 Education Act and the embryo NHS. I went proudly to a school with a tradition of encouraging its pupils as far as they could go, but by no means had all gone on to University - that was for the academic few. People with ambition might be articled to solicitors or architects in Leighton or nearby towns, or would train as nurses or teachers, and still others sought apprenticeships in local industry or went into banks, the army or the RAF. This meant that many continued to live at home, so living and travelling costs were low and fees were largely non-existent, though articles and apprenticeships might involve a payment. It also meant that the social aspects of the old pupils’ group, the Old Cedarians’ Association, were important as many ex-pupils still lived locally. The Association played a considerable part in raising money for the Scholarship Fund when it was set up in 1953. I remember Mr Broad, the Headmaster, telling us about the Scholarship in Assembly, but not who had won it! Its value was not divulged. It must have varied from year to year as by the time I became a trustee of the fund after I had moved back into the area, it had become the practice to share the money among several students, or even all applicants if there were few.

Times have changed. The Old Cedarians’ Association has gone, and with it a large proportion of the scholarship fund’s regular income, which now depends on legacies and haphazard donations. There are also relatively few applications, though more students are entering Higher Education than ever, which must involve huge financial commitment and hefty loans. Even £50 towards the purchase of a vital but expensive book is worth having.

(I’m sure some books are still considered vital!)

So what can you do? First, apply for a scholarship when appropriate; a letter will be attached to A Level results. Secondly, support efforts to raise cash, and thirdly, remember the fund when you have finally paid off that student loan and have a little money to spare.  --- And by the way, I did go into Higher Education, supported by a University Exhibition and a Supplemental State Scholarship, having also been offered a County Major Scholarship, my parents making good the shortfall - oh, and tuition fees were paid automatically! Sounds too good to be true, doesn’t it?)
Joy Dawe

Cedars Sixth Form is great and because I was new everyone was so nice. I’ve made some great new friends and the sixth form atrium is a great place to sit and work.
Christian, Year 12

Cedars Sixth Form is a great place to challenge and develop your knowledge, whilst providing the perfect stepping-stone into the adult world. As students at Cedars Sixth Form, we feel we are valued individuals who have been given the responsibility and freedom to explore and achieve our potential.
Tilly, Claire and Kate, Year 12

Coming to Cedars Sixth Form from another school was a good decision. The induction week was a great experience to have had as I met new people and learned more about my potential subjects. I found the students and teachers very welcoming.
Emma, Year 12

I feel Cedars Sixth Form offers a great community feeling and a pleasant atmosphere. I was worried about having more independent work but the teachers are really good at supporting and guiding you with your subjects.
Becca, Year 12

I really like Cedars as I’ve met a lot of very good friends here. I’ve found all of my teachers to be very approachable and they have helped me with any issues, both personal and academic, that I’ve had. When I was struggling in Year 12, my form tutor and the Sixth Form team really supported me and got me through a difficult time.
John, Year 13